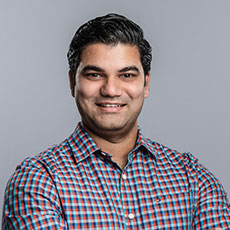 Covalent, a blockchain data provider, today announced it has launched its decentralized data query network to power web 3.0 infrastructure. This launch moves the platform beyond a centralized blockchain data API, enabling token holders and developers to engage with the network in new ways.

Unlike other data networks, users of the Covalent API, whether token-holders or not, will have the ability to query data across Ethereum, Polygon, Binance Smart Chain, Fantom, Elrond, and Avalanche, gaining insights into their ecosystem.

“Covalent is now a part of the critical infrastructure piece that many projects in the space rely on. We take this responsibility seriously and the only undefeatable architecture is a decentralized one. Our previous centralized solution has been reimagined as a decentralized network with improvements for our existing customers and their workflows.”
– Ganesh Swami, CEO & Co-Founder of Covalent

The Covalent API holds terabytes of data, and regardless of industry best practices, is a candidate for a single point of failure. The decentralized network launch addresses this challenge and will help scale with the onboarding of applications using the API.

Holding CQT allows the ability to vote on a governance forum that covers improvement proposals, development ideas, and suggestions for Alpha Alarm, a daily DeFi data series powered by Covalent.

The governance forum will also include suggestions for the Alchemist Ambassador program, which Covalent is allocating 1% of token supply into, equating to millions of dollars.

Applications to participate in the program are open to everyone and participants are given $1,000 to $5,000 in CQT a month to help develop Covalent’s ecosystem and engage with the community. As of today, the project has attracted over 2,000 people.

Since last October, the number of customers employing Covalent’s data has grown to over 100 customers and the number of blockchains indexed has increased from one to eight – the most exhaustive in the industry – with the team expecting to index a total of 12 blockchains by the end of the year.